skip to main | skip to sidebar

Good morning everyone.  I'm back with another JustRite Papercraft October Release.  Today there are 2 - Sweet Posies and Sweet Vines Background. 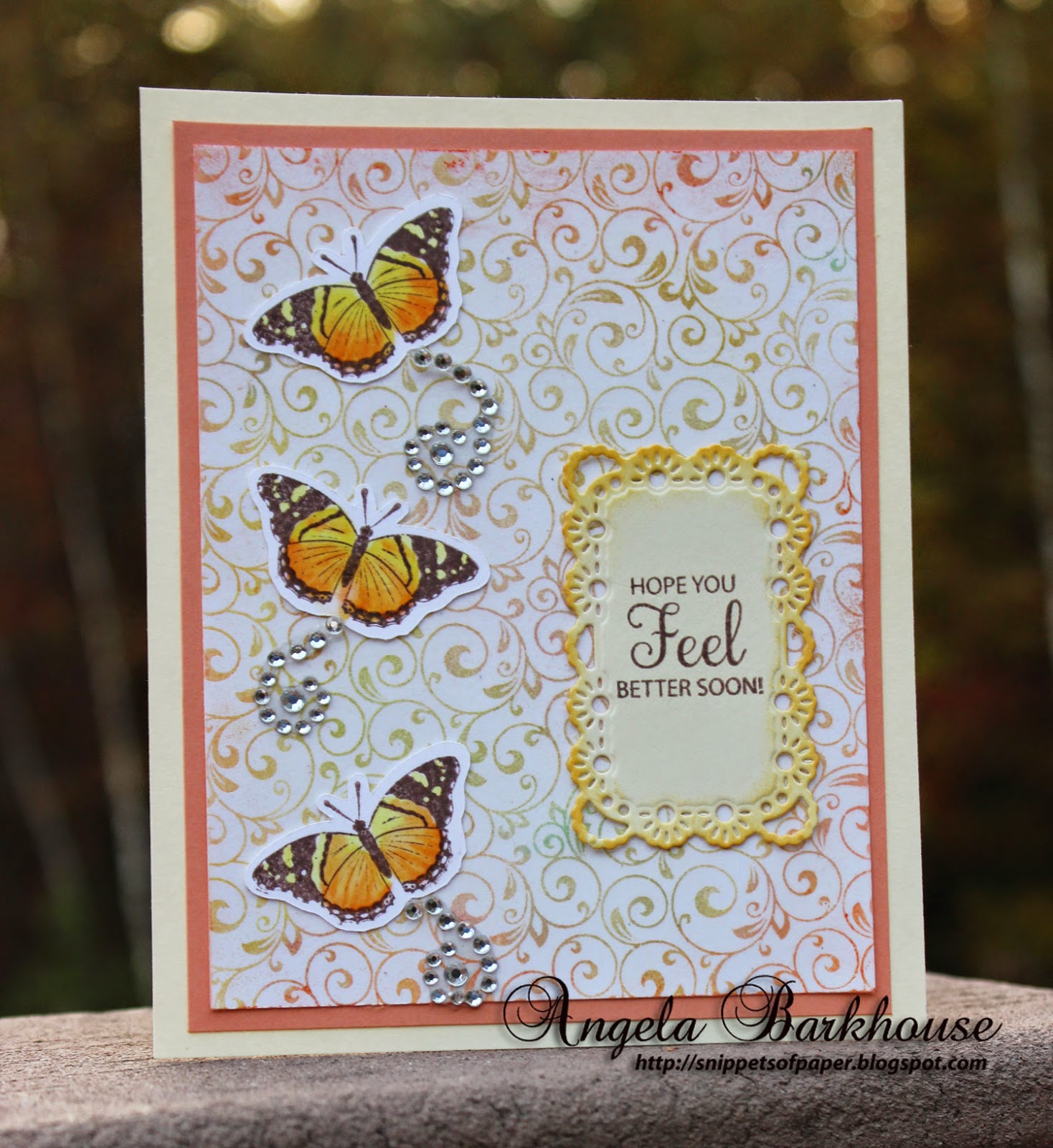 For the background I stamped the Sweet Vines background using Versamark embossing ink, added clear embossing powder, heat set it and then applied Faber Castell Gelatos using the baby wipe method.  I kept adding color over color until I got the look that I liked.

The sentiment and butterflies are included in Sweet Posies.  This set also has a matching SVG file which is what I used to stamp the butterfly on.

Thanks for stopping in for a visit.  I'll try to not be such a stranger and post more projects.

Dies:  Spellbinders A2 Floral Ribbon Threader
Posted by Unknown at 10:00 AM No comments:

Good morning everyone.  Wow, I can't believe that it's been so long since I posted a project!!  Things have been crazy around my house.  We found out that we're going to be grandparents to a baby girl due in February so we are super excited!!  I've been planning a baby shower for the end of October which has been taking lots of my time.  I've made some adorable decorations for the shower but I can't show them until after the shower - I don't want my daughter to see them before.

I finally got a chance to make some cards for the JustRite Papercraft's October release.  Today's release sets are called "Mums" and "Crackle Background". 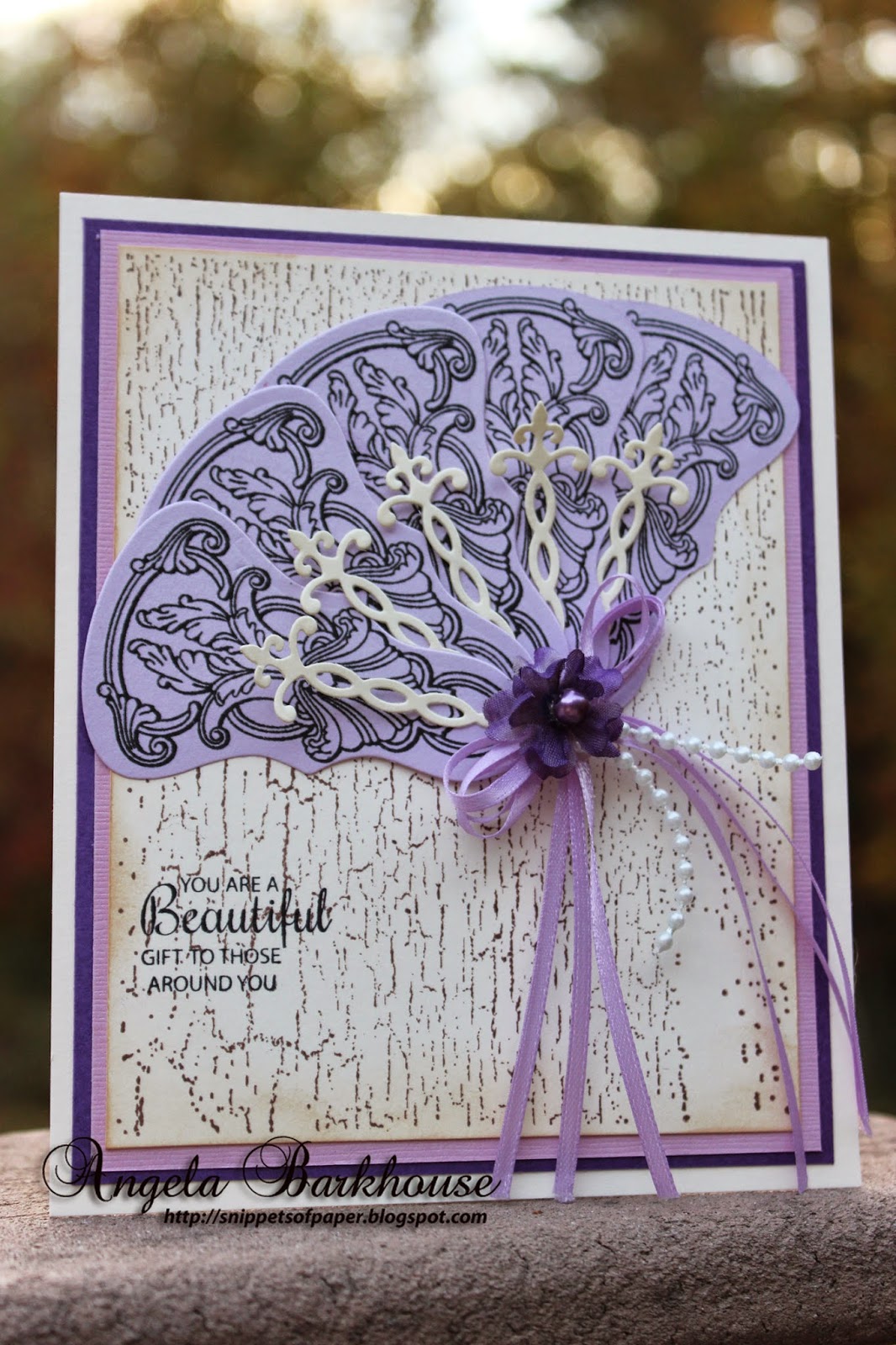 My card base is made using the gorgeous Crackle Background stamp - I love the look of a crackle base!  The fan is made using JustRite Papercraft Vintage Fan & Sentiments along with the matching Vintage Fan dies.  The sentiment is included in the Mums stamp set - such a beautiful statement!

Thanks for stopping in for a visit today.  I'll be back tomorrow for another JustRite Papercraft October release card.

In the spirit of full disclosure, I am currently working as a freelance designer in some capacity for JustRite Papercraft. While I am compensated by them in some form, I maintain the freedom as an independent designer to say what I truly think of their products. I will never recommend something that I don't personally use and enjoy

All content (including photographs, design work and text) are © Angela Barkhouse. The creations here are for your inspiration only. Please use my designs and ideas for your personal use only and not for any publications or contest submissions. Thank you for your understanding and support